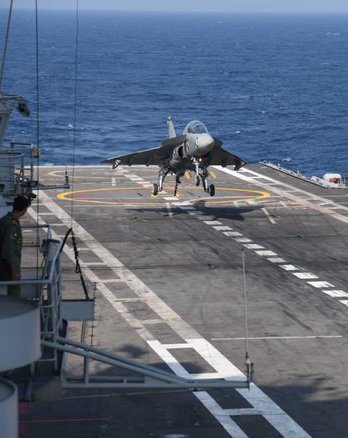 IDD Bureau The Naval version of the indigenous Light Combat Aircraft (LCA)-Mk1 Tejas successfully landed onboard the aircraft carrier INS Vikramaditya. The Naval version is under development whereas the Indian Air Force has already inducted the indigenously made fighters. Naval aviation is one of the most complicated arenas given the complexities. For instance, when a