Boeing has delivered on what it has long promised. It’s  F/A-18 fighter jet has just been proved to be compatible for operations from Indian Navy’s aircraft carriers, using  a ‘ski-jump’ take off method which is different from the method of the US Navy for which the F/A -18 was originally built.

Doing a ‘ski-jump’ take off is needed for Short Take-Off But Arrested Recovery (STOBAR) operations off the carriers. The ability to do STOBAR operations is listed as a requisite in the January 2018 Request for Information (RFI) by the Indian Navy. It had sought 57 deck-based fighters for an estimated cost of about 95000 crores (USD 9.5 Billion).  Read RFI here

Besides the Boeing  F/A-18,  Dassault aviation’s  Rafale-M is in the race for the tender. With the demonstration of STOBAR operations the US company gains an edge.

US carriers use  the Catapult Assisted Take off but Arrested Recovery (CATOBAR), the F/A-18 was designed for same. The CATOBAR system does not have a ‘ski-jump’ take off as the deck is flat.

Indian Navy, at present uses the Russian made MiG 29 K jets on board the aircraft carrier, the INS Vikramaditya, also the jets would be used onboard the INS Vikrant,  which is under construction and is set for trials in early 2021. Both carriers have ‘ski jump’ take off.

“The first successful and safe launch of the F/A-18 Super Hornet from a ski-jump begins the validation process to operate effectively from Indian Navy aircraft carriers,” Kanaglekar was quoted in sections of Indian media .

The Boeing official said a support system has been designed for full-scale operations of the F/A-18 from the deck of Indian carriers.  The key will be the landing gear or ‘arrestor wires’ on the deck of the carrier. The tail-hook in the under-carriage  of the jet has to be locked in by the ‘arrestor wires’ and the plane comes to a halt within a few metres.

These contraptions on the INS Vikramaditya have been designed keeping in mind the Russian MiG 29K in mind. The tail-hook, its height and weight bearing capacity  will be different for the F/A18.

The Boeing has found solution for this which it has not shared   publically.

The F/A-18 offers advanced warfighter technologies at a low acquisition cost and affordable cost per flight hour because of its ease of maintainability design and durability, said the Boeing official.

Earlier in February during the Def-Expo 2020 at Lucknow India,  Thomas Breckenridge, Vice President, International Sales at Boeing Strike, Surveillance & Mobility had said “We offer the new plane to have an air frame life  of 10,000 hours”. It has a new data links and  on board computers. The network centric ability has been taken to the next level, Breckenridge said. Read it here

Success of ‘Netra’ propels India to look within
Next 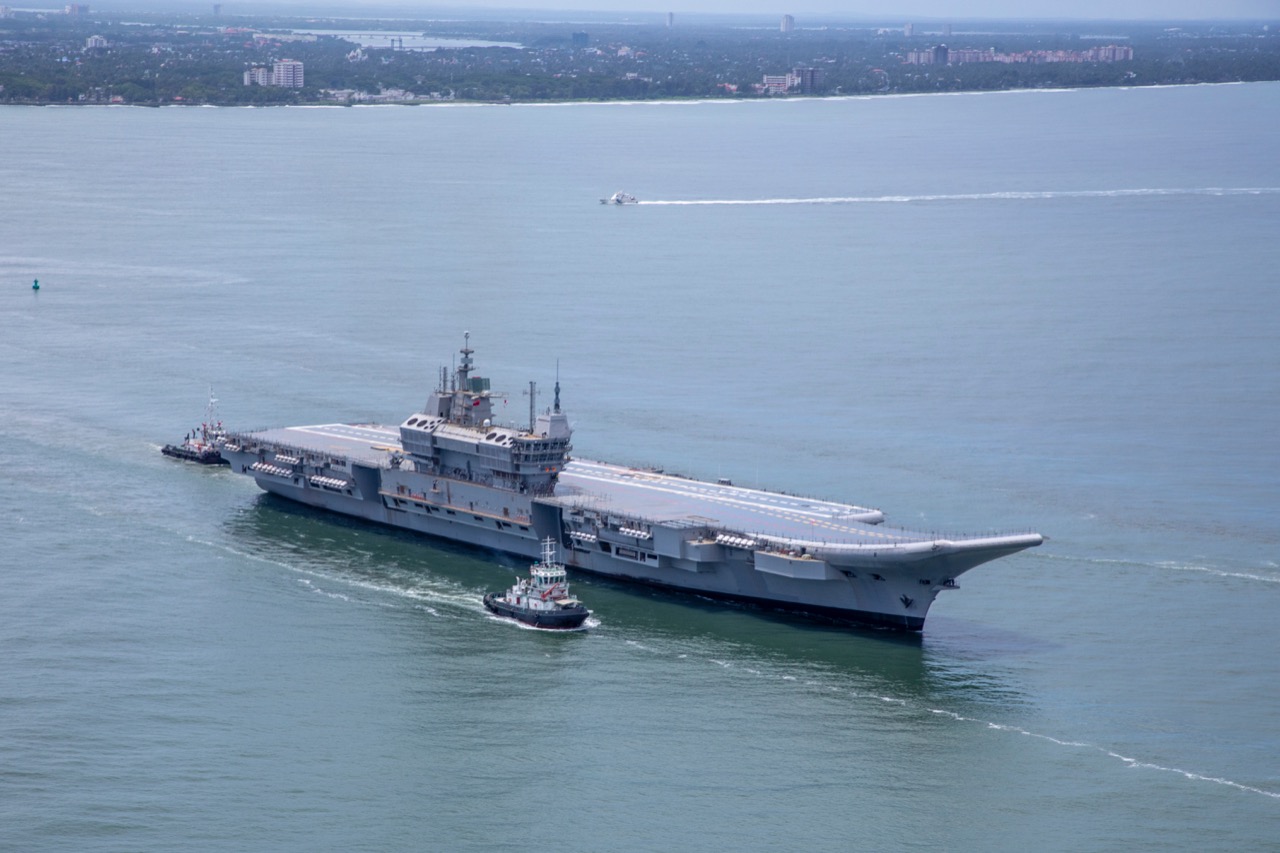