European giant MBDA and Indian company Larsen and Toubro ( L&T) have announced they have export orders  for select missiles and will separately display latest anti-tank guided missiles (ATGM-5) at the ‘Def-expo’ 2020 which opens in Lucknow on February 5.

The companies also will be showcasing next-gen offerings like Short range SAM and the Exocet MM 40 Block 3, the very latest anti-ship missiles at the Def-expo.

L&T MBDA Missile Systems (LTMMSL), a joint venture between Larsen & Toubro (L&T), India’s multinational engineering conglomerate and private sector defence major, and MBDA, a world leader in missile systems. They are jointly making the missiles at the 16,000 sq. meter facility in a Special Economic Zone at Coimbatore in Tamil Nadu.

“We are showcasing some of these next-gen offerings at the def-expo 2020 to be held at Lucknow,” said J D Patil, Chairman L&T MBDA Missile Systems,

The 5th Generation Anti-tank guided missile (ATGM5) is likely for the Indian Armed Forces.  ATGM 5 will draw on the next generation technologies of  that are already entered the service in France. ATGM5 will be an Indian Designed, Developed and Manufactured (IDDM) product, involving the transfer of key technologies to India.

With an eye on domestic and global markets, LTMMSL has set up the assembly, inert integration (without explosives) and testing facility for Missile Sub-systems and Missile Weapon Launch Systems.

“LTMMSL has received a few export orders and the new facility shall start delivering sophisticated weapon systems using state-of-the-art test equipment such as Missile Launchers and Airframe segments, including control actuation units, from this year,” a statement said.

L&T,  aims to double revenue to Rs 2 lakh crore ( $ 28.5 billion)  by 2021 and has identified defence as one of the key drivers for achieving this growth. It has been building its capability on its own and has also formed joint ventures to acquire technology and eligibility.

J D Patil, added : “L&T MBDA Missile Systems has been working proactively to offer advanced missiles and missile systems to the Indian Armed Forces through domestic production. The creation of this new integration facility at Coimbatore is a first step in this direction.”

Pasquale Di Bartolomeo, Vice Chairman and Member of the Board L&T MBDA Missile Systems, said: “The setting up of this new state of the art facility in Coimbatore is an exciting and highly significant milestone for the L&T MBDA Missile Systems joint venture and for the Indian defence industry sector. With the technical and human capabilities offered by this site, India will be ideally placed to offer its armed forces and the export market the very latest generation of defence equipment technology. 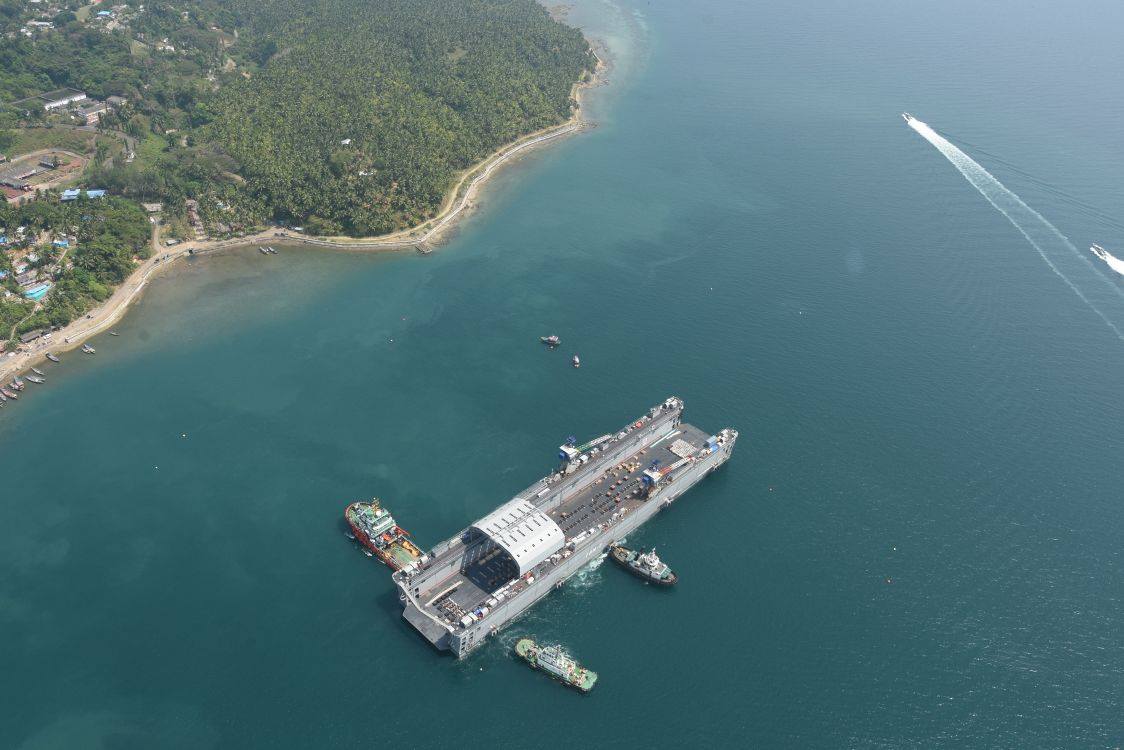